In 2015, The United Nations launched The Global Goals for Sustainable Development, a series of ambitious targets to end extreme poverty, fight inequality and injustice, and fix climate change for everyone by 2030. Project Everyone’s mission is to share those Goals to the world.

A coalition of charities and businesses came together to drive awareness for the Goals in digital out-of-home (DOOH) using a never-before-seen innovation from Quividi called Campaign Genius, which for the first time allows for real time evolutionary campaigns in digital out of home on a large scale.

To the audience, this campaign looked like a regular DOOH campaign. Underneath the hood, however, the local attention dynamics as measured by Quividi were being fed to the genetic algorithm. The algorithm recombined the sequences that fetched the most attention together while discarding the rest allowing for the most optimized sequences of Goalkeepers messaging for each particular screen, its environment, and its audience.

GET THE FULL REPORT 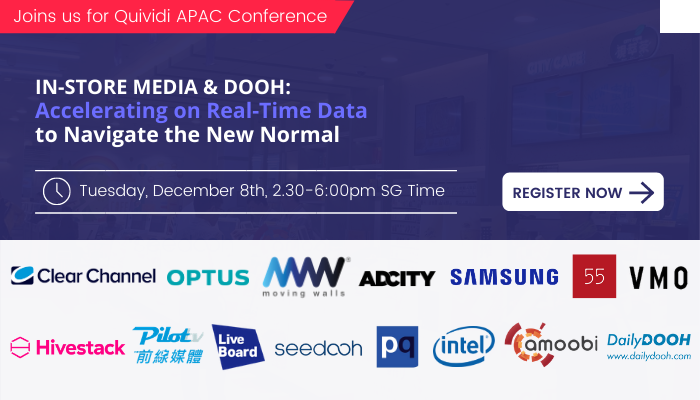