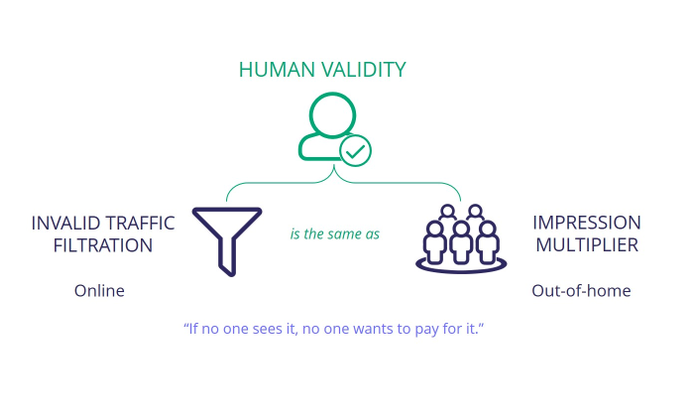 This article explores what the factors are that can accelerate DOOH towards the “holy grail” of cross-platform media compatibility. In it, we will discuss the state-of-the-union as it pertains to audience measurement standards – online and off. This article is also an excerpt from a larger work, Quividi’s DOOH Audience Impressions White Paper which can be downloaded here.

The definition of an audience impression used in this document is independent of Quividi’s measurement methodology and can be used to qualify impressions for other digital media (cross-platform) and for other non-Quividi detection methods as well.

At the time of this writing, online ad measurement standards are incompatible with out-of-home due to their assumption that each ad, desktop or mobile, video or display, is exposed to precisely 1 individual: the user of the device. By contrast, in out-of-home, ads are often seen by more than 1 individual, or could inversely be seen by no-one (for instance at night). Furthermore, the campaign calendar used in classic OOH means that audience is reported on an aggregate basis (e.g. per week).

The digitization of out-of-home and programmatic transformation are driving these seemingly disparate standards to converge. Here we will demonstrate that they agree on one fundamental thing: when we count audience impressions, we are looking to come as close as possible to the actual number of viewers of the ad.

We will compare the primary standards drivers:

A global consortium of the major buyers and sellers of digital (online) media started in 2014, called Making Measurement Make Sense (3MS), has been guiding the evolution of audience metrics in order to unify all digital channels into 1 common cross-platform audience currency.

Their first major initiative was to create a new standard for advertising impressions, which was dubbed the “Viewable Impression”. The qualities of a viewable impression, the viewability condition, has 4 parts:

Today, the vast majority of advertising online is traded based on this model.

The ESOMAR out-of-home guidelines was published in 2009 in consortium with the major global buyers and sellers of out-of-home.

ESOMAR introduces the concept of visibility adjustment, which is to take a more easily available metric like raw traffic numbers, aka circulation, and to discount it to only the portion of traffic which had a reasonable likelihood to see the ad. The resulting metric is called the “Visibility Adjusted Contact” (VAC). Most of OOH globally is traded on VAC or a regional derivative. 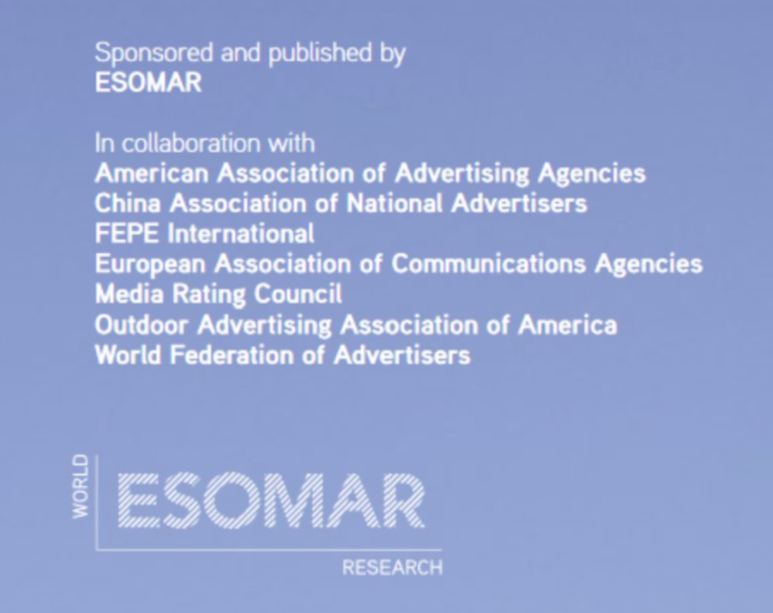 In parallel with the activities of the “classic” out-of-home industry, the Digital Place-Based Advertising Association also published standards for digital out-of-home which reflect the spirit of the standards established online and in classic OOH. Their term for a currency is the Average Unit Audience (AUA), which is to say the screen audience during an average ad play.

Again, great care is taken by the DPAA to describe a model where what is being counted is the actual audience, discounted from a larger, less qualified, traffic number.

A Peek into the Future

While the previously mentioned standards use slightly different jargon, they are united in their desire to get as close to the actual number of viewers for an ad as possible.

The latest roadmap published by 3MS has a currency based on human-valid, in-target impressions next. 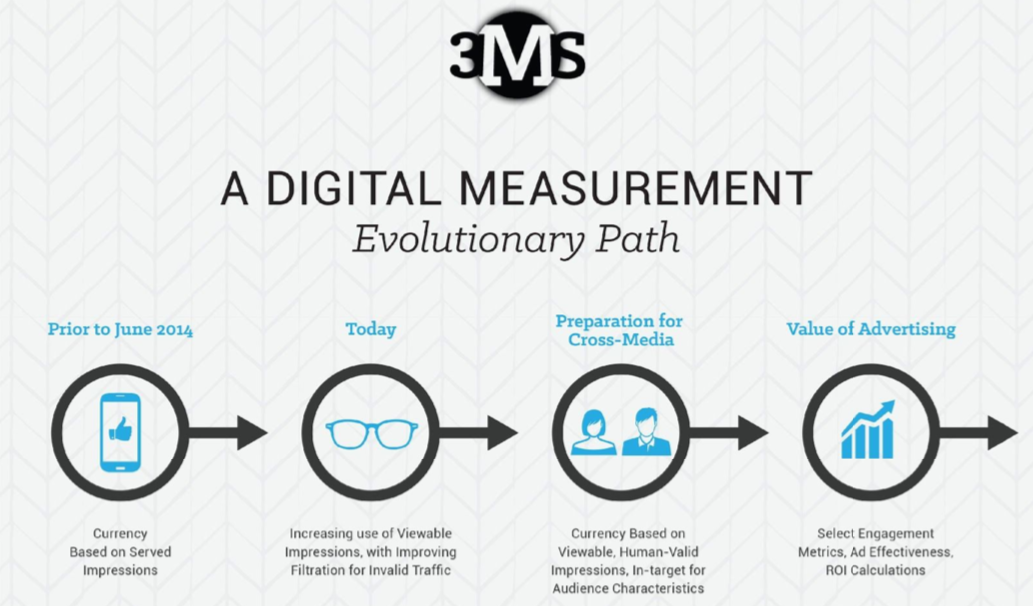 3MS Roadmap for advertising measurement. Quividi is already ready for cross-media and is also working in the field of ad effectiveness and ROI.

The 3MS is working to unify audience currency across media platforms via human-validity and viewability. The DPAA encountered the human-validity problem, while determining its programmatic standards.

Both say the same thing: if the ad is shown and no one is there to see the ad, it does not count. If many people see the ad, it counts for as many impressions.

Buyers only want to pay for real human beings that saw their ad. Online and DOOH are coming at it from different perspectives.

In conclusion, in this article we discussed audience measurement standards – online and OOH; present and future. We demonstrated that OOH and online both have the same aim: to get as close to the actual audience (viewers) of the ad as possible. This means that Quividi can be used as a cross-platform data source.