Quividi, the pioneer and World #1 audience & campaign intelligence platform for DOOH & Digital Signage, has released the second edition of iQ Index, its first Global DOOH Indoor Traffic Index, aggregating the real-time audience data of its hundreds of customers and their tens of thousands of screens across the globe.

This iQ Index release, covering traffic data until Week 22 (May 25-31), confirms that recovery is consolidating. Whereas the first iQ Index, two weeks ago, showed a +26% audience increase vs the lowest point in Week 17 (April 20-26), the second iQ Index is reporting a +54% uplift vs Week 17, i.e. a sharp increase of 28 points. 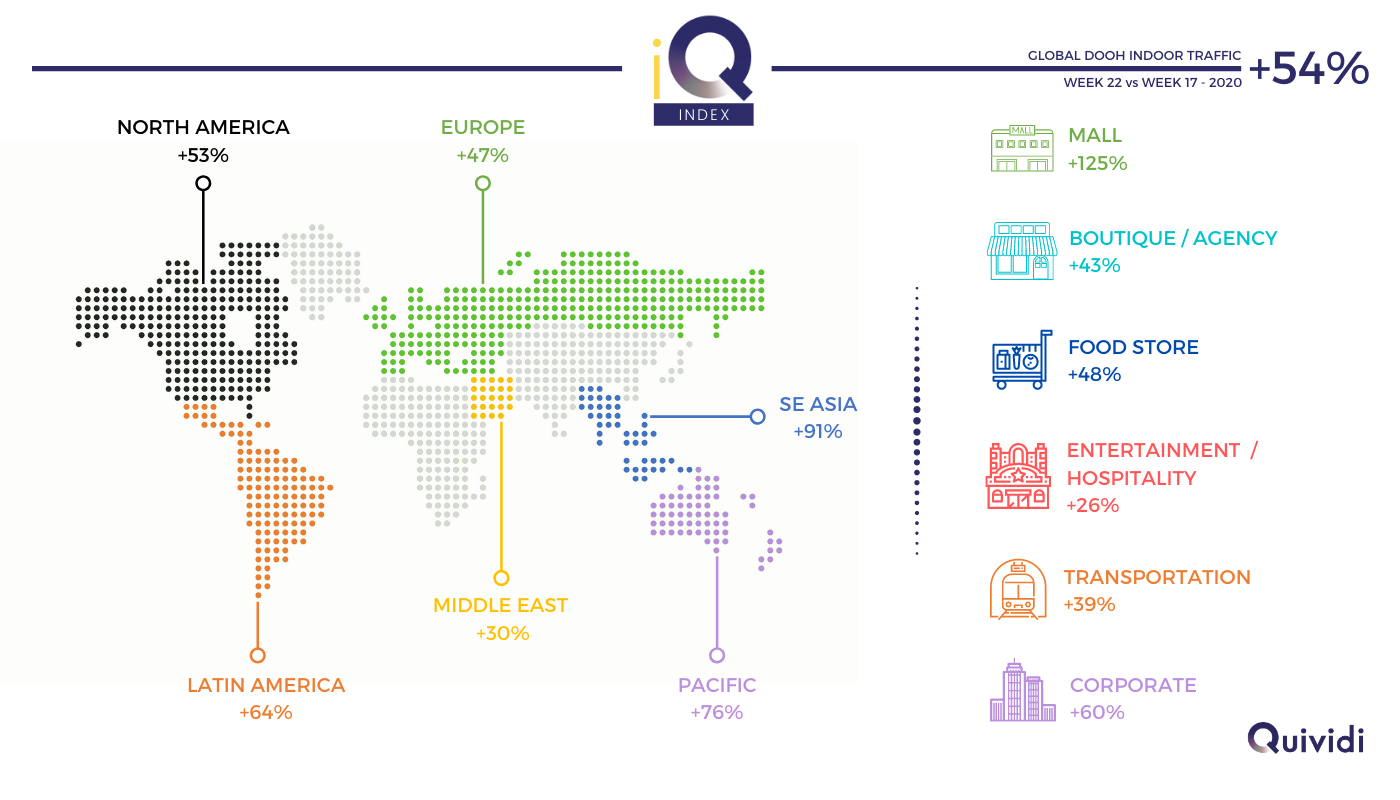 South-East Asia and Pacific remain the regions with the highest traffic improvements, with rises of +91% and +76% respectively compared to week 17. These two regions have already recovered close to 70% of their pre-Covid DOOH Indoor audiences.

Middle-East still feels the effect of lockdowns with a more moderate upward trend of +30%.

With regards to verticals, the ease in lockdown restrictions has let audiences back to work and to shopping. This iQ Index release confirms that Malls and Corporate have the highest increases amongst all venues.

Malls have more than doubled their audience since week 17, with a marked acceleration in the past two weeks with a gain of 79 points. Corporate experienced a 50 points improvement in two weeks to reach a +60% uplift of its DOOH Indoor traffic since the low point in April.

Food stores, which were less affected by lockdowns (as most remained open), keep their steady recovery with a +48% uplift since week 17.

Finally, the progressive lift of travel restrictions within countries benefits Transportation which now shows an upward trend of +39% since week 17 and a 22 points gain in two weeks. 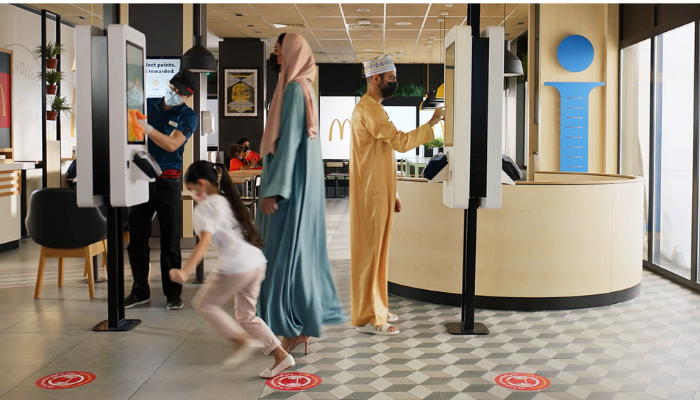 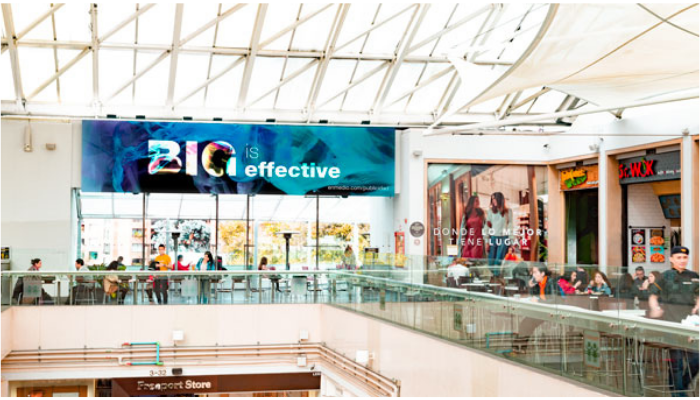 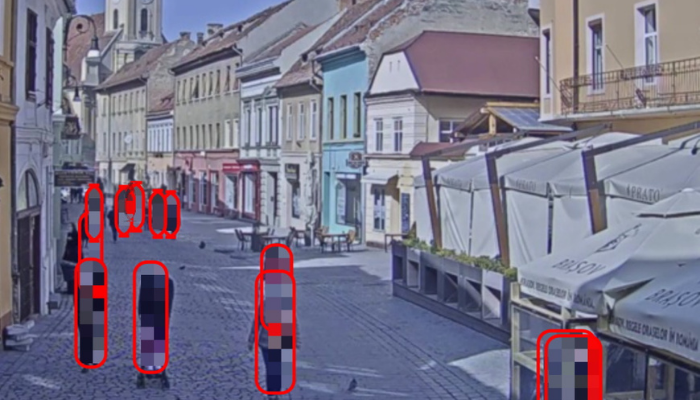