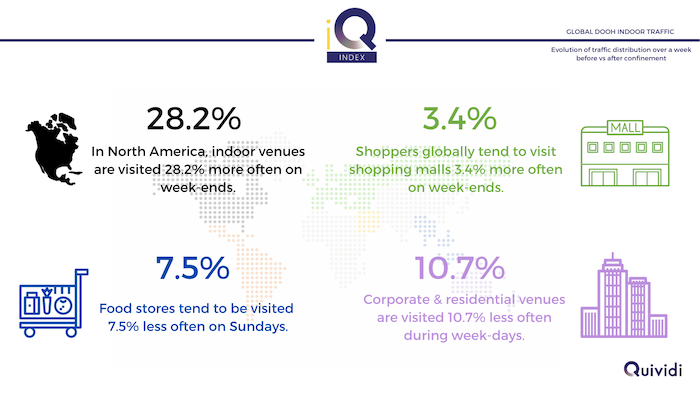 Quividi, the pioneer and World #1 Audience & Campaign Intelligence platform for DOOH & Digital Signage, has released the third edition of iQ Index, its Global DOOH Indoor Traffic Index, aggregating the real-time audience data of its hundreds of customers and their tens of thousands of screens across the globe. 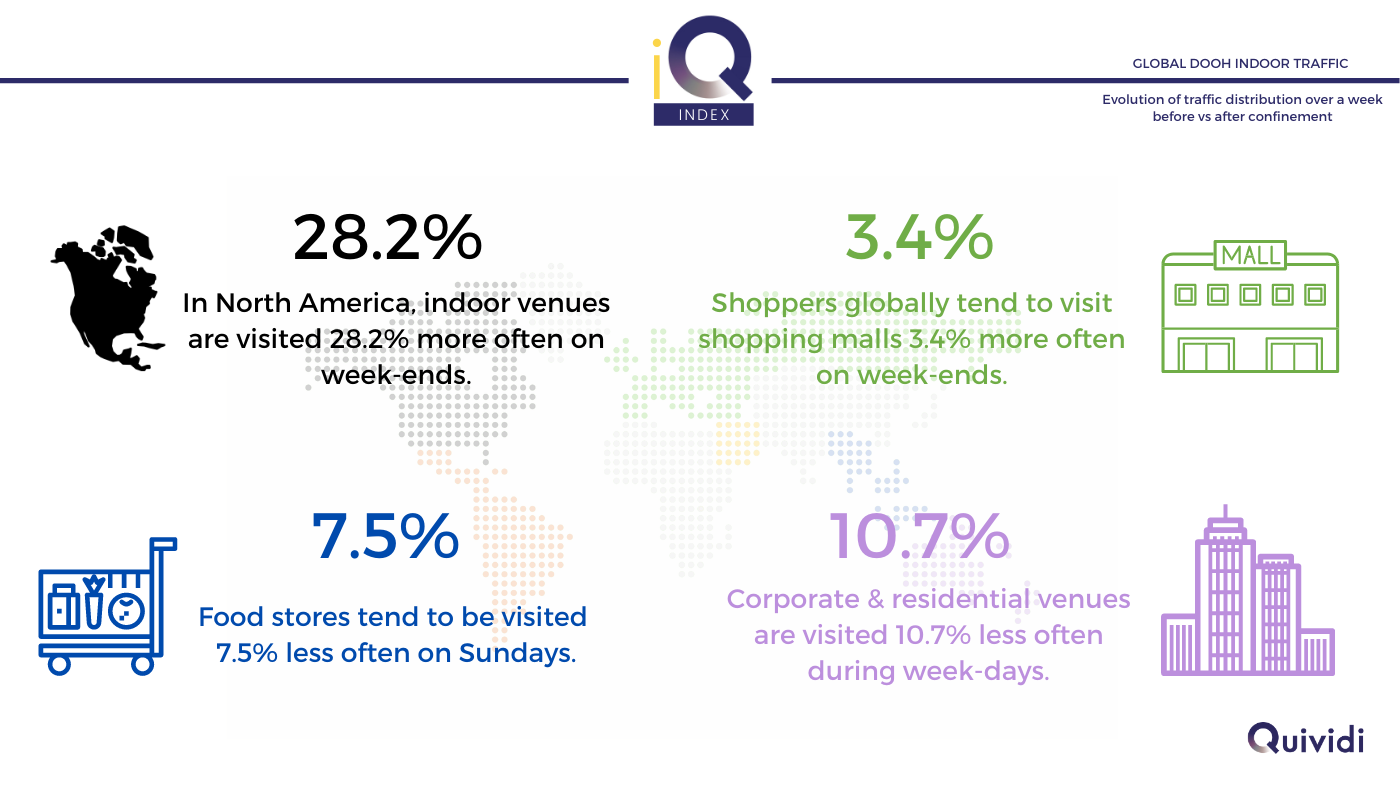 This iQ Index release uncovers insights on what the ‘New Normal’ looks like during this post-confinement era. With customers now back, we’ve noticed several key changes in their behavioural patterns, in terms of percentage of their visits across each day of the week. By contrasting traffic data in different indoor venues and regions, and comparing the periods of pre-confinement and post-confinement, we’ve identified the following 4 main insights. Based on a global scale of the total audience distribution over the week,

33.2% of North America visits to indoor venues (including corporate/residential, food stores, entertainment/hospitality, boutiques, malls, and transportations) now take place on Saturdays or Sundays, vs 25.9% pre-COVID. In other terms, visitors come 28.2% more often on week-ends – a more significant trend than in other continents, where week-end visits only got a 5.6% boost.

In the mall category, shoppers globally tend to visit 3.4% more often on week-ends than before – except for Middle-East, where week-ends (Fridays & Saturdays) are down 12%, to the benefit of other week-days.

By contrast, food stores now tend to be visited 1.4% more often during week-days (Monday through Friday) and 7.5% less often on Sundays, than before confinement. Shoppers also seem to shop less with their family, and more on their own.

At last, the corporate and residential venues are also visited 10.7% less often during week-days. The work-from-home phenomenon appears clearly, as week-ends are gradually looking more similar to other week-days.