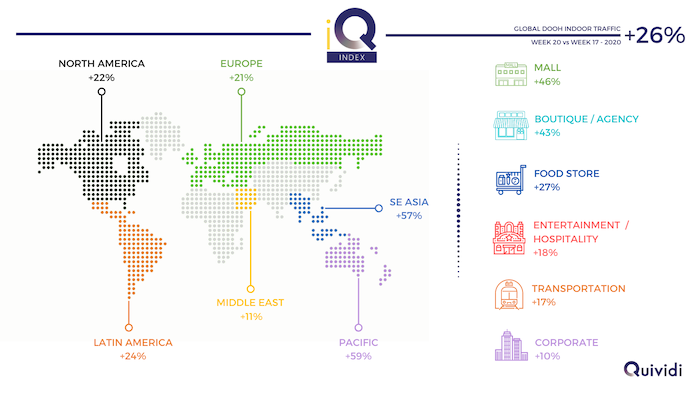 Quividi, the pioneer and World #1 audience & campaign intelligence platform for DOOH & Digital Signage, has published iQ Index, its first Global DOOH Indoor Traffic Index, aggregating the real-time audience data of its hundreds of customers and their tens of thousands of screens across the globe.

In this first release, Quividi is pleased to share that DOOH indoor audiences are progressively back, with an increase of +26% since hitting a low-point in week 17 (April 20-26).

Quividi’s iQ Index is based on a global and representative panel which synthesizes the weekly audience across 6 regions and 6 verticals. It will be updated and shared every other week. 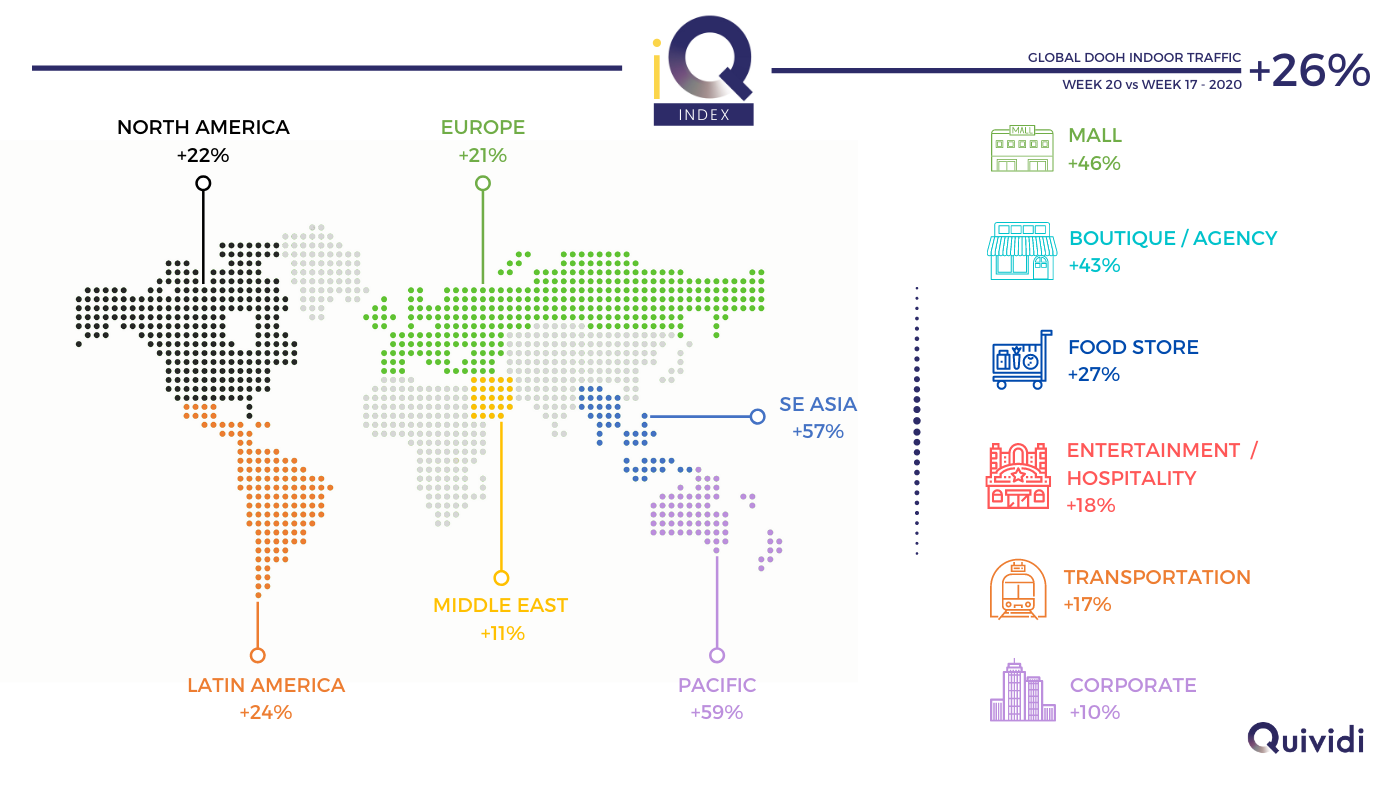 After an initial sharp drop which closely reflects how governments in the region enforced confinement measures, and a long plateau phase, the latest figures from week 20 (May 11-17) show a clear uptick in most regions.

However, not all regions and verticals have been affected and are recovering equally.

Audience uplifts are particularly marked in Pacific and South East Asia with increases of +59% and +57% respectively.

Audiences are also rising again in North-America and Europe, where countries are progressively easing restrictions, with uplifts of +22% and +21% respectively.

The regions least affected by the COVID19 crisis remain Pacific and South-East Asia, where lock-down restrictions were less stringent. They have respectively recovered 60% and 56% of what their traffic was in early week 8 (Feb 17-23).

With regards to verticals, Malls see the largest increase in audience, with a rise of +46% in week 20 vs week 17, followed by Boutiques (+43%), both benefiting from their progressive reopenings.

Food stores (hypermarkets, grocery stores and convenience stores) are also on an upward trend (+27%). This less impressive growth results from a low-point in April that was higher than other verticals, since most of those stores stayed open during the lock-down.

IF YOU WANT TO BE UPDATED WITH THE LATEST QUIVIDI’S iQ INDEX INSIGHTS, FEEL FREE TO REGISTER HERE.